I’ve had my photos developed from this year’s Bloodstock Festival and am pretty happy with the results. The camera used is a Lomo Fisheye 2 and the film was an Kodak ISO 400 film that was two years passed the expiry date. The festival was a lot of fun and I hope to be attending next year as well. The bands were excellent but during the first two days it rained quite a lot. The campsites and entrance became very muddy and at one point there was even some mud wrestling (see bottom right picture after the break)! 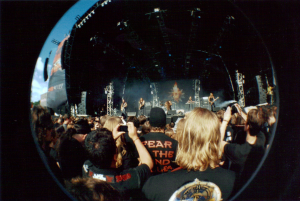 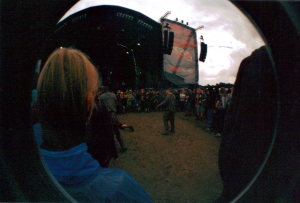