A fun photography project that I saw recently involves leaving a disposable 35mm film camera in a public place with a sign reading along the lines of “take a photo! I’ll be back to collect the camera later.” You tie the camera to a bench or lamp post with the sign and leave, returning at the end of the day to see what’s happened.

The first reference I saw to a project like this was at The Plug (and part 2). More recently there’s been successful KickStarter projects that have helped publicise the idea. It’s quite beautiful really. The ‘photographer’ has no input into the photos at all. Each picture is entirely personal to the people who took it. It gives glimpses into the daily lives of entirely separate people. Each photo will be unique, and each camera in each place will be totally different.

I found that it’s possible to buy disposable cameras in the UK for £2 each - meaning that there’s only a minimal investment other than the time involved in placing the camera, so if it goes missing it’s not a huge monetary loss. The only real costs involved are when you go to develop the film.

All you need is a piece of cardboard, some string, scissors, a pen, and a disposable camera:

Make your sign like so (I’ve seen some people do this by printing out a message and sticking it to the back of the camera): 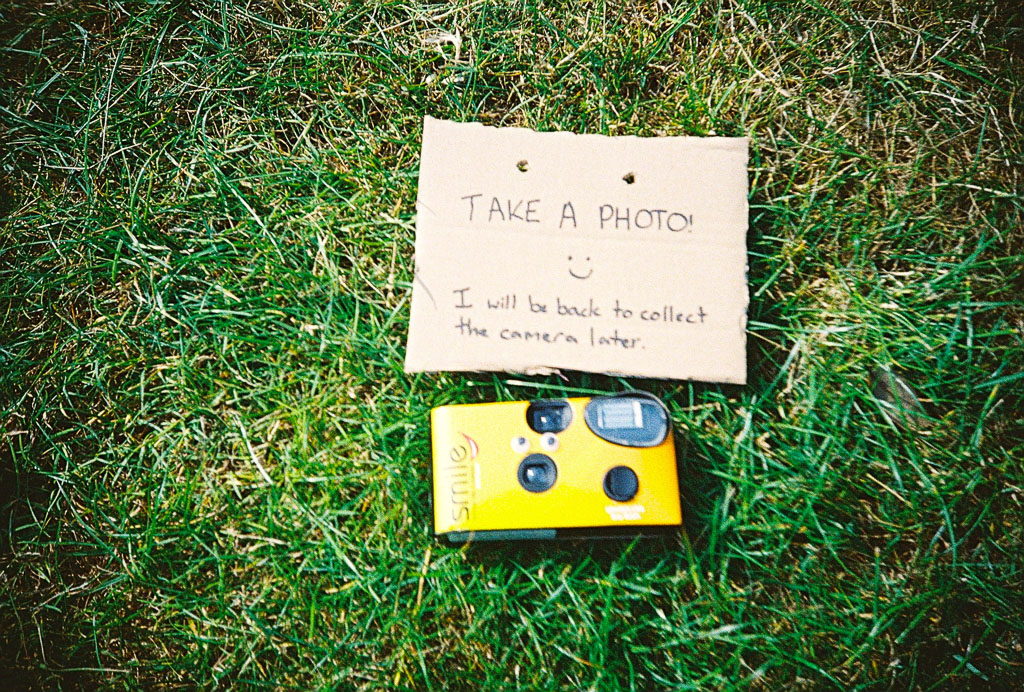 Pick a public place and leave the sign. Make sure to arrive early! I chose the viewpoint outside the Royal Observatory in Greenwich Park, London, as it’s a very popular tourist attraction: 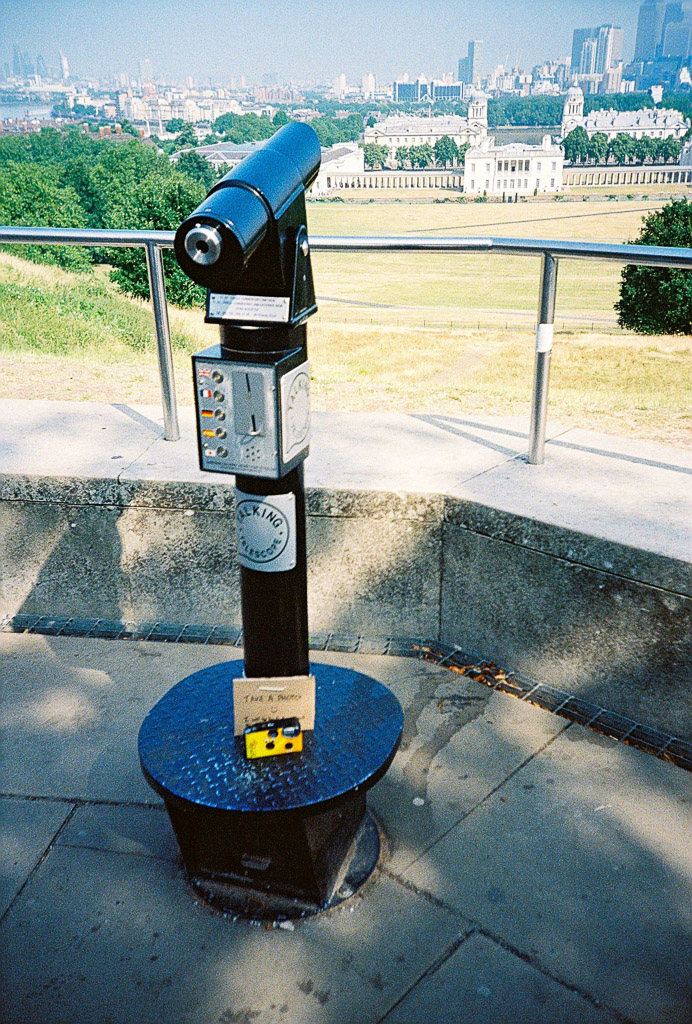 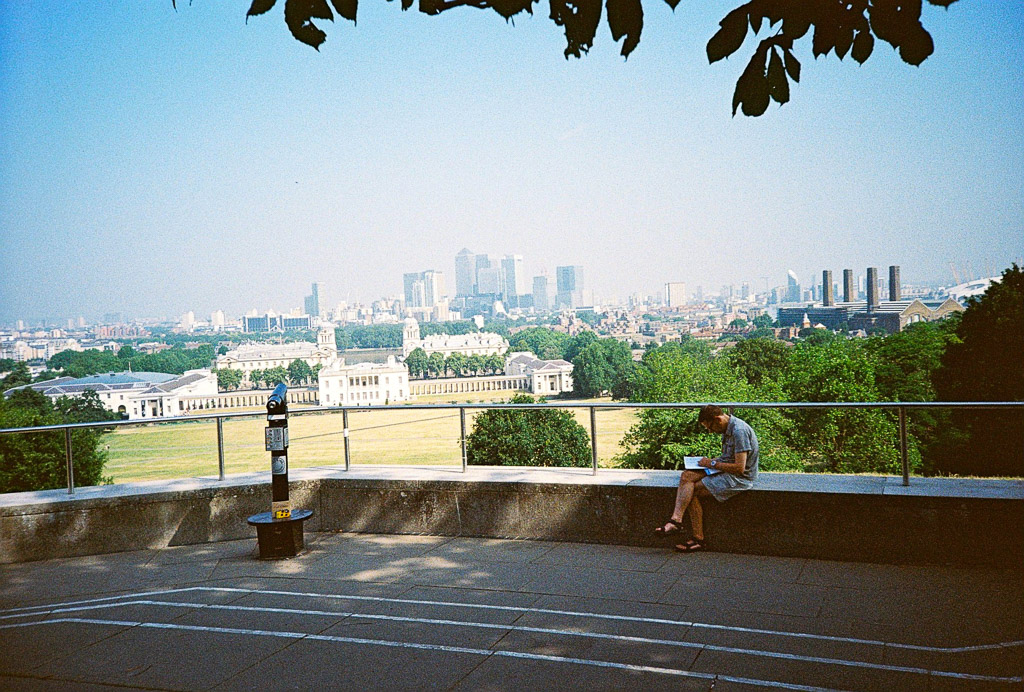 Unfortunately, by the time I got back to pick the camera up it had vanished. I think next time I’ll do two things more:

Interestingly, being slightly miffed I posted to Twitter about the camera going missing, and shortly after the official Greenwich Park twitter account replied saying that somebody had tweeted a photo of it earlier in the day. I had a look at their timeline, and sure enough there it was. I scrolled back through their timeline and I could see a photo of the camera. In the photo I could see that 15 shots had been taken up until the time of the photo around 3pm. At least I know it was working. Better luck next time!