The 21st of October 2014 saw the Great Gorilla Run in central London. Set over an 8km route, contestants dress up as gorillas to raise money for charity.

I took my Nikon FM2N loaded with Rollei RPX 400 film and went with some friends to watch the event. It was fun to see all the modifications to the costumes that people made. The images below show the event as I saw it. They were developed in Rodinal R09 for 8 minutes at 20 degrees celcius.

Contestants congregate at Mincing Lane for the staging ground. Here a fairy, a cheerleader, and a Hawaiian gorilla wait for the start:

Everybody starts to make their way towards the starting line: 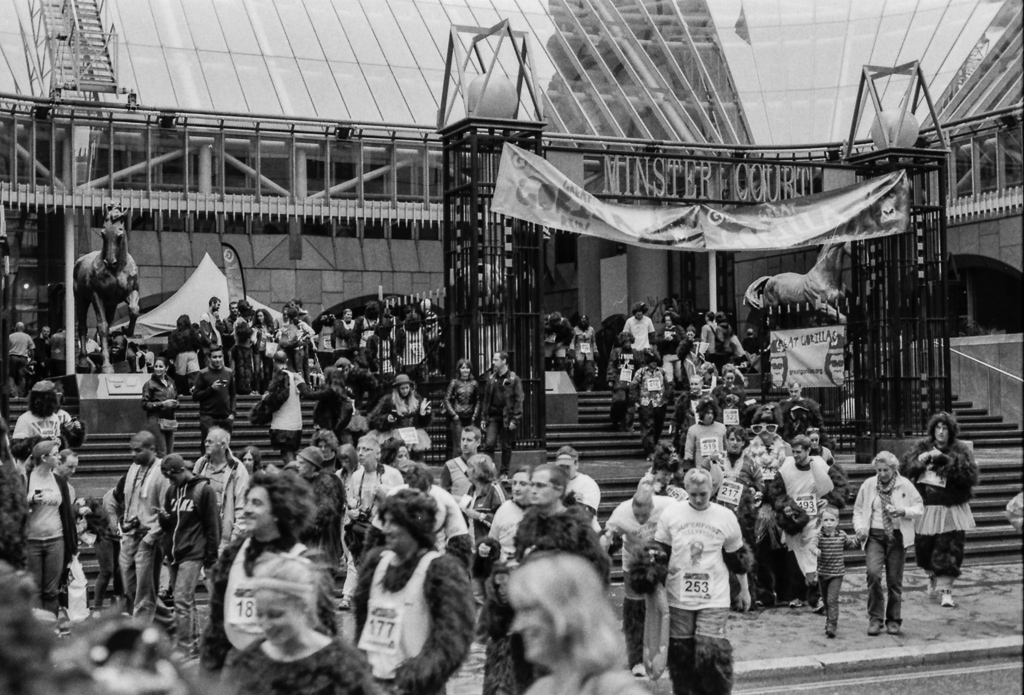 This chap was in high spirits:

The MC prepares the runners for the race: 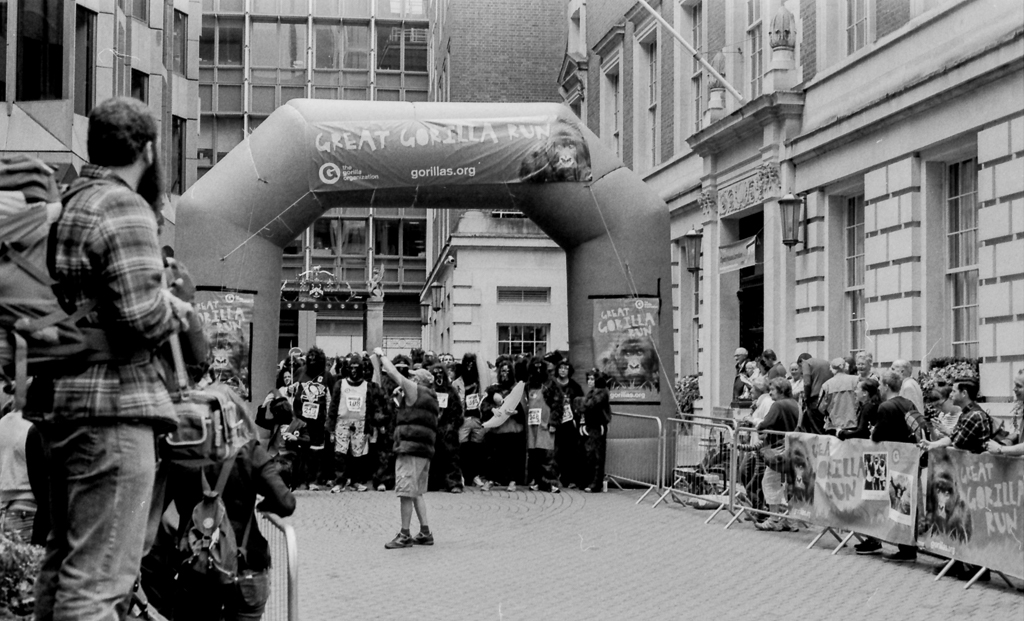 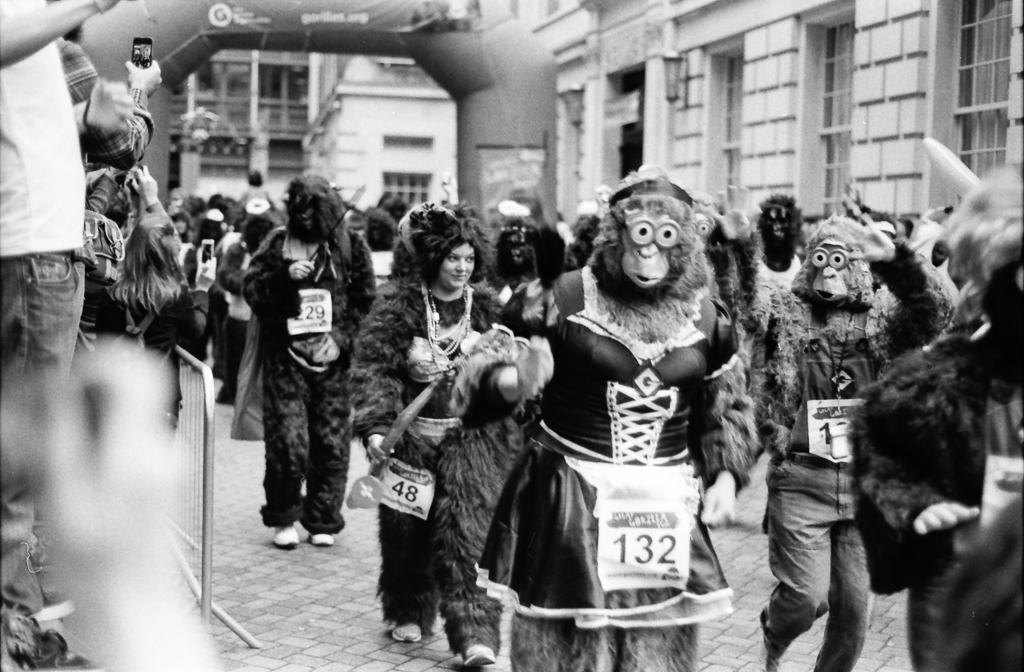 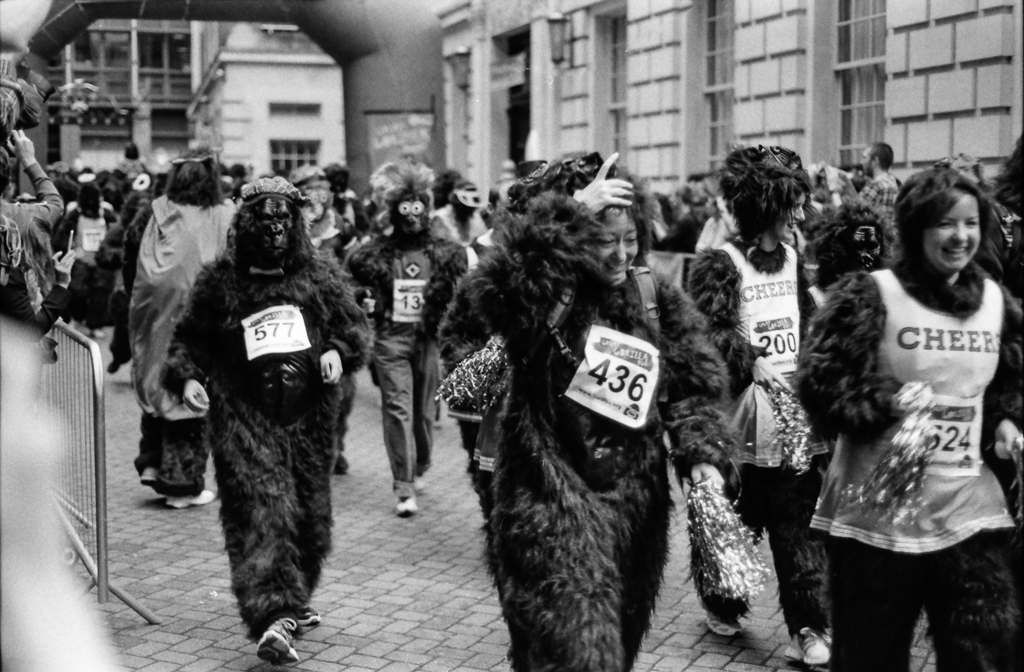 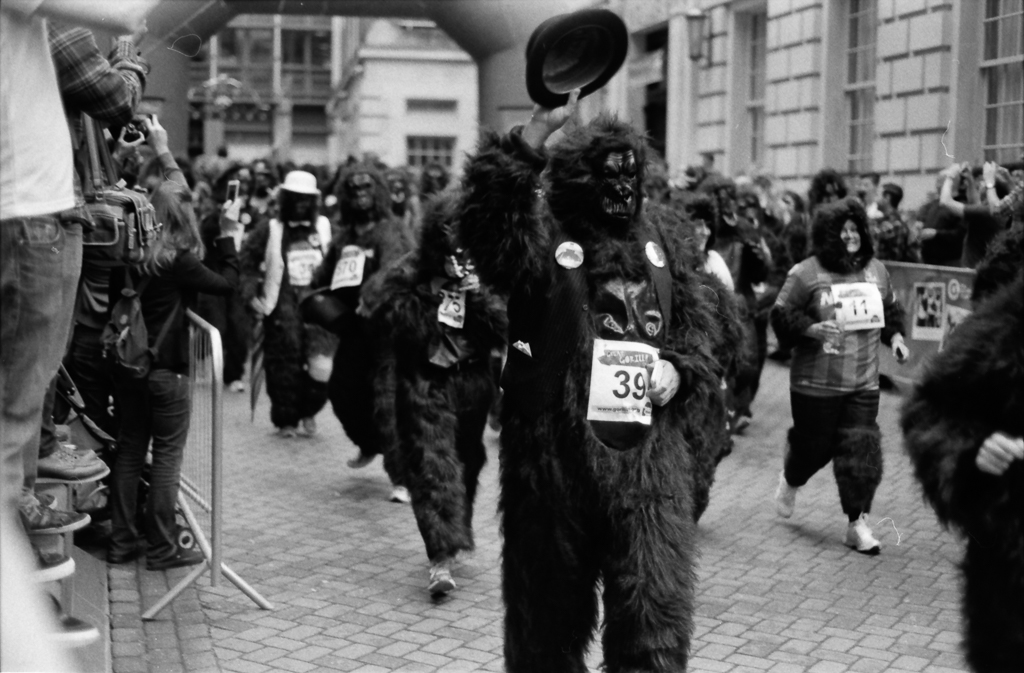 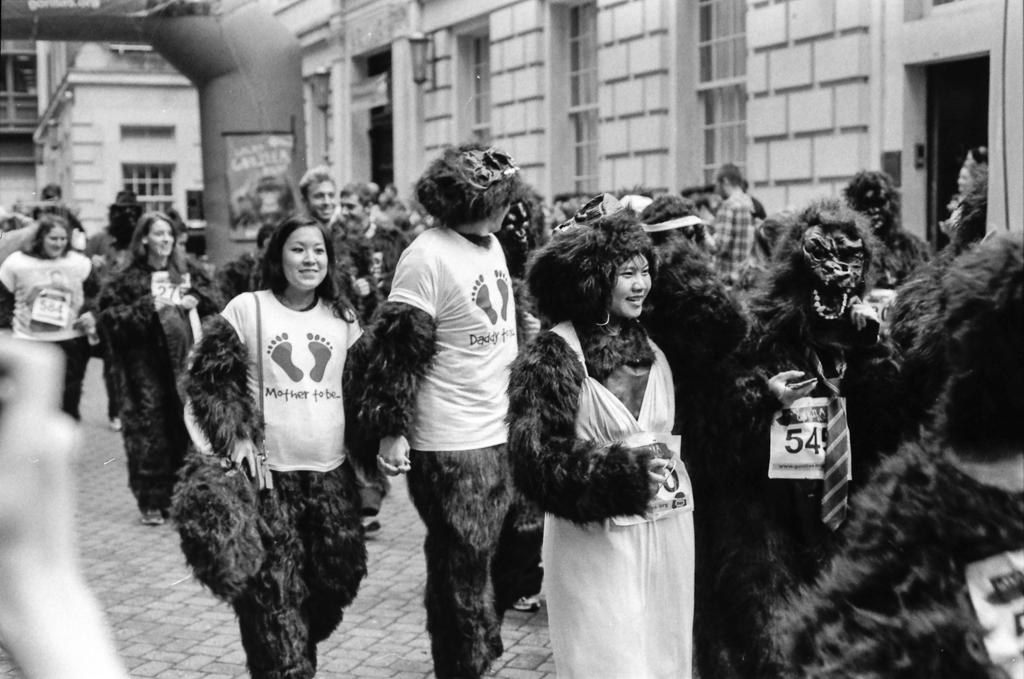 Double-costuming. A gorilla inside a banana: 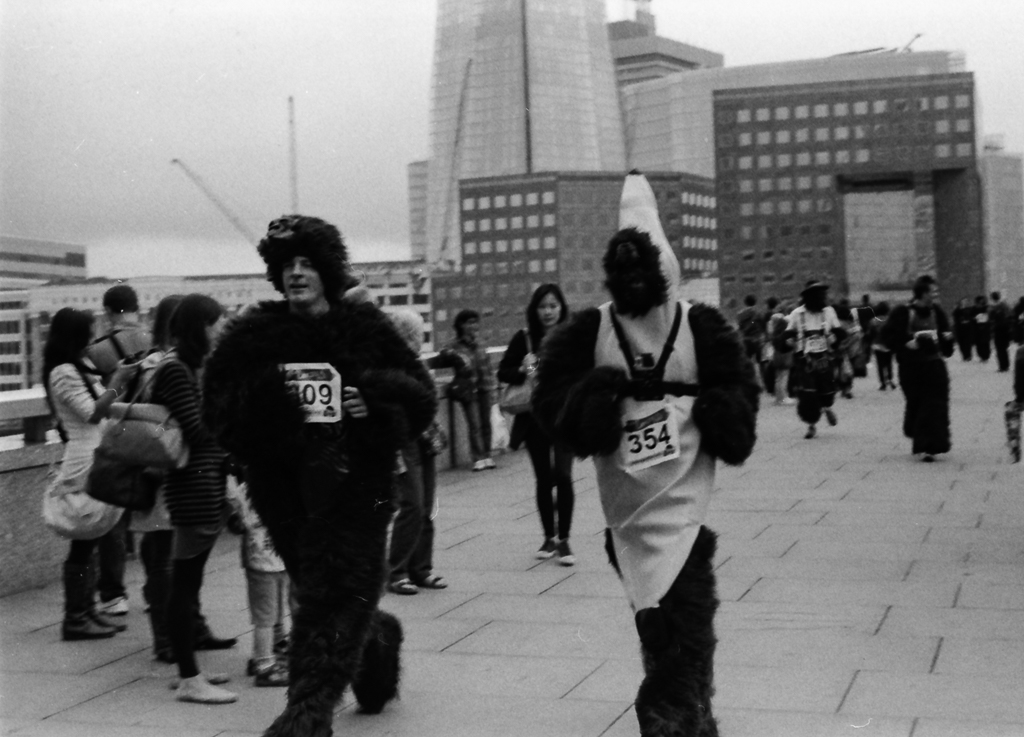 Posing for the camera on London Bridge: 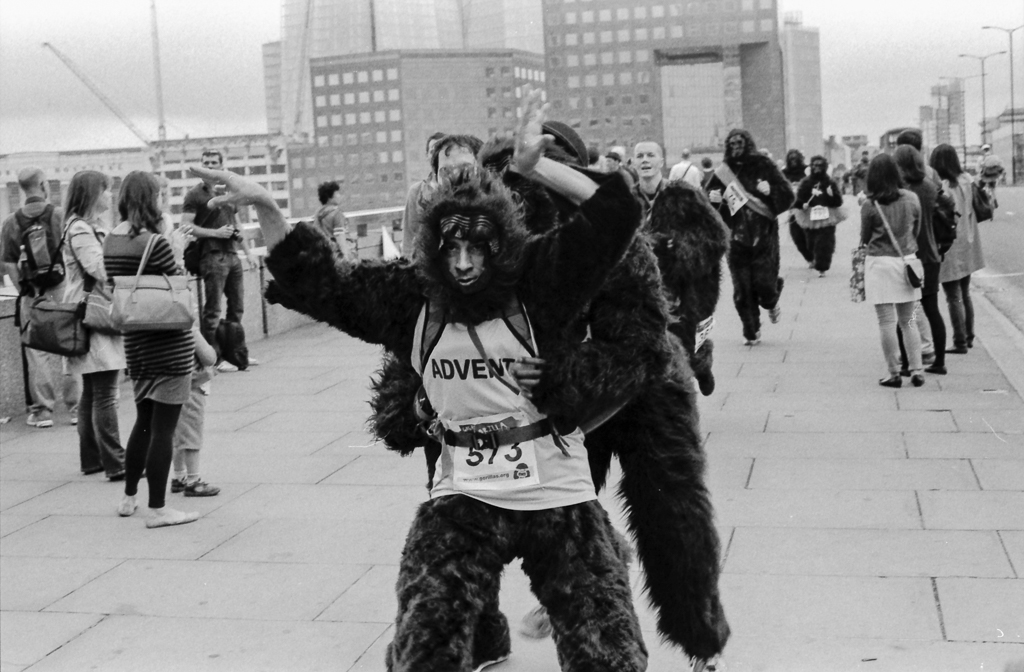 Even a storm trooper gorilla turned up. This one brought his family: 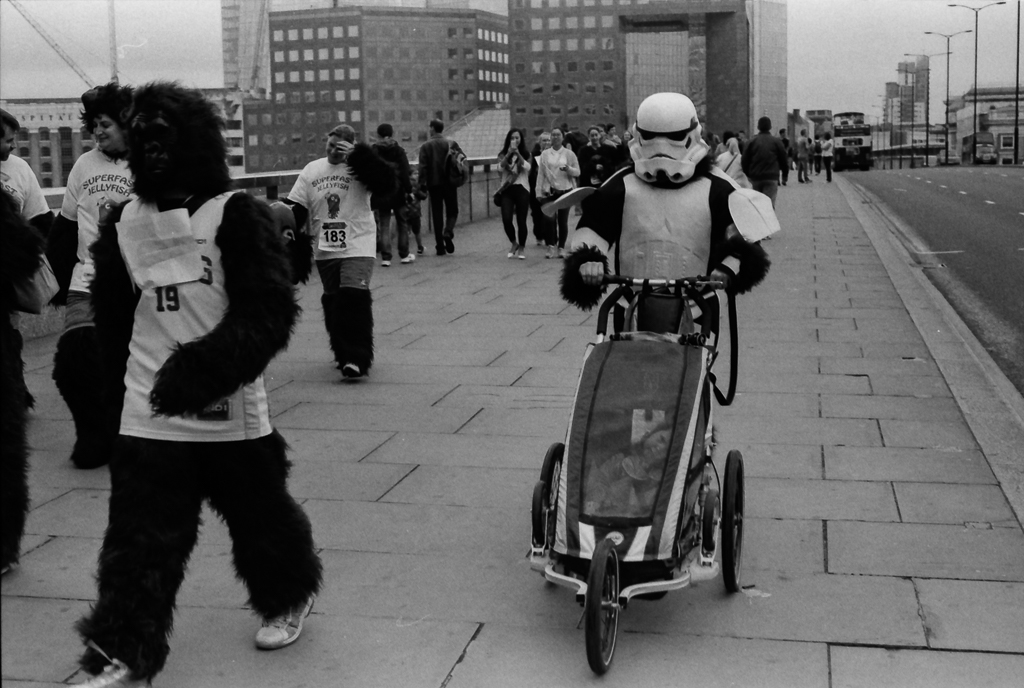 For people who were unaware that a race was happening, having a hundred gorillas run past must be a surreal experience. 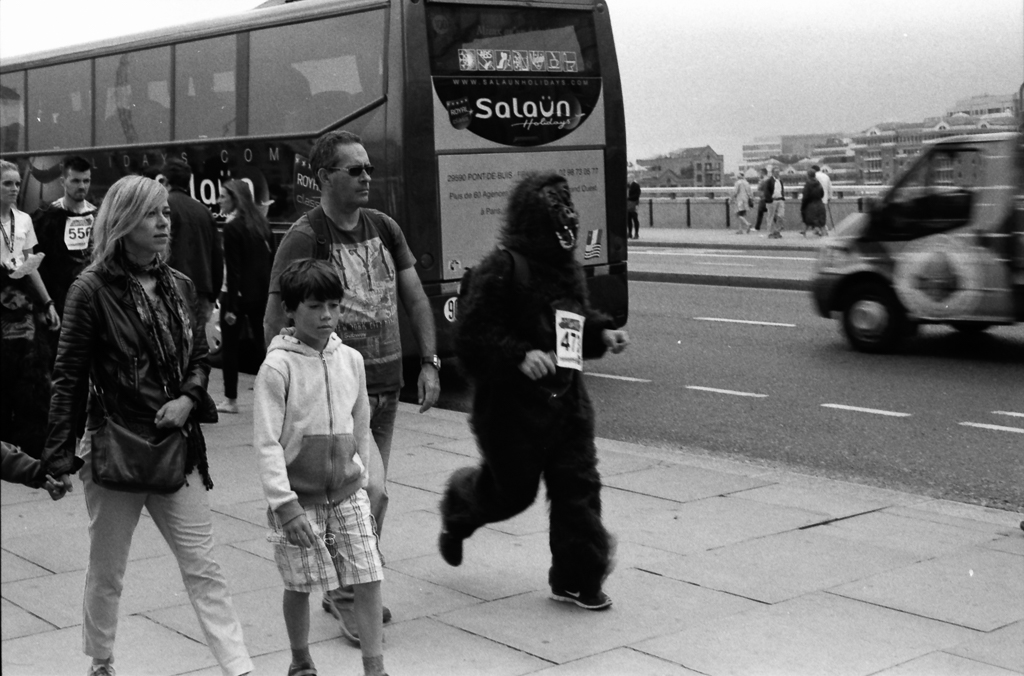 At the half way mark, spirits were still high. Running in the suits must be incredibly uncomfortable! 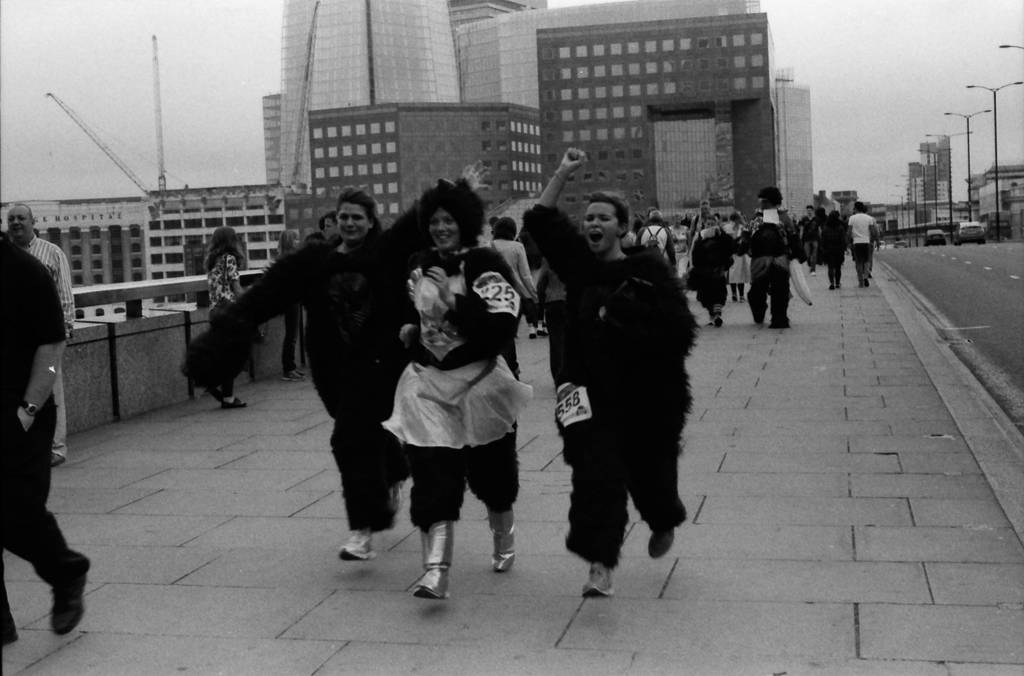 Bill Oddie and Uri Geller hand out medals to all of the contestants at the finish line: 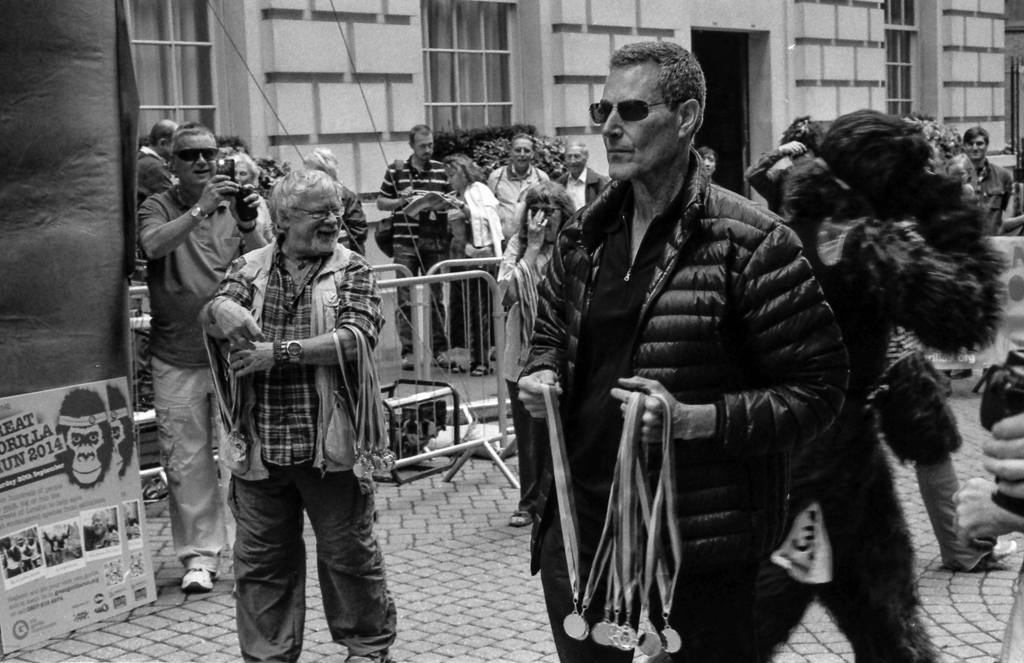