In April 2013 I took a weekend trip to Dover and Canterbury with a friend of mine. It makes a great short break from London if you want to cram in the sight seeing into two or three days. Canterbury is easily accessible by train from London and there are plenty of B&Bs that are close enough to the historical center. There’s a lot to do both inside and outside at Canterbury - we spent the majority of our time here. We also spent a day by taking the short train to Dover and exploring Dover Castle, the secret wartime tunnels, and the White Cliffs. 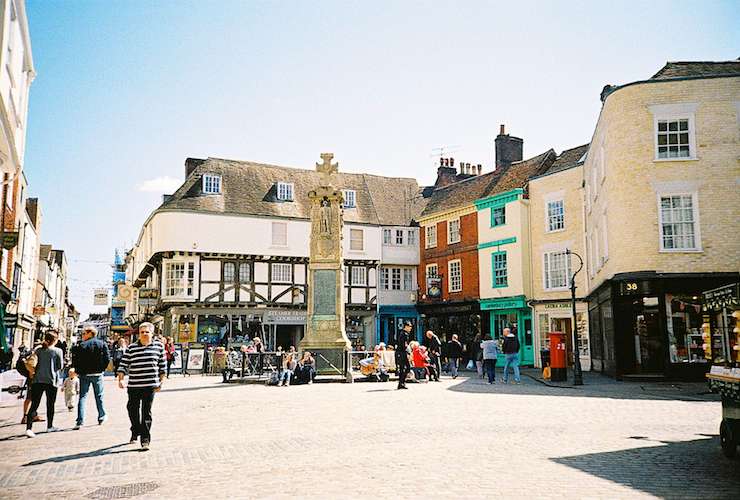 Canterbury is a town with a lot of history. It’s the home of Canterbury Cathedral, the end-goal of pilgrims since the martyrdom of Thomas Becket - the journey which is the setting of Chaucer’s Canterbury Tales - and a UNESCO World Heritage Site. It’s very well preserved and the architecture and streets around the center are a great example of the classic English vision. The Romans are responsible for the origins of the current layout, building a temple, public baths, and guard houses. Much of the original Roman architecture is gone, but under the street level and inside the Canterbury Roman Museum you can see excavated remains and get a sense of what life would have been like. Some parts of the city are still available to see, like this huge section of wall: 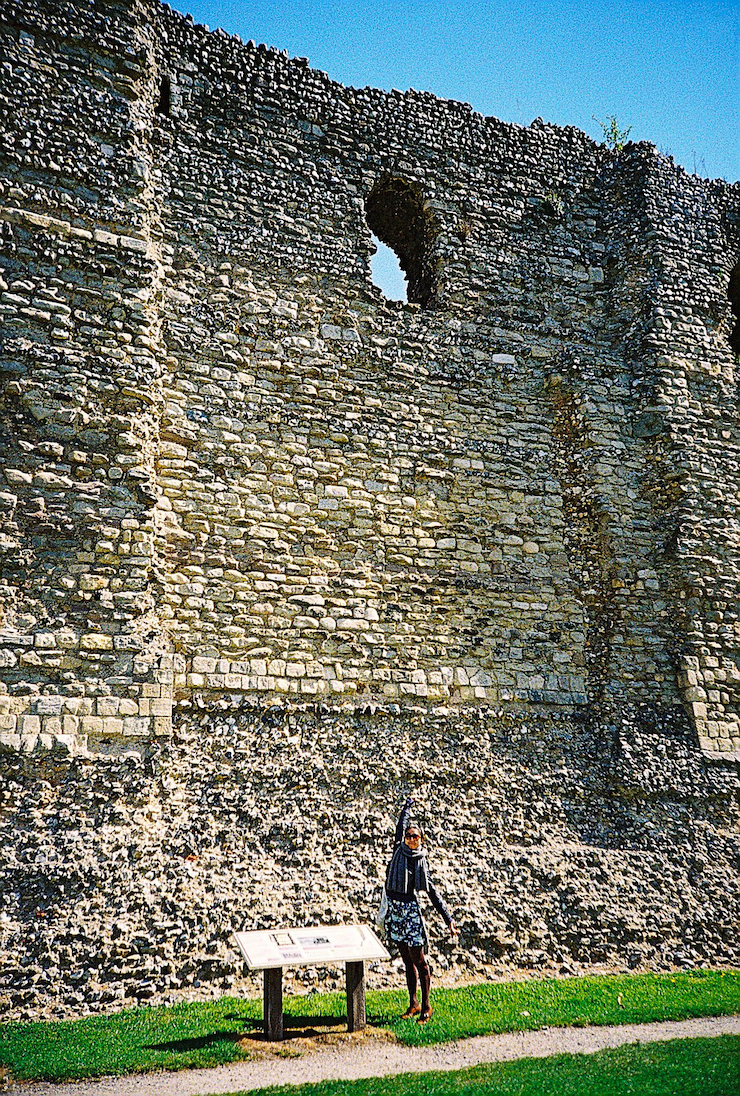 The area around the cathedral houses many boutique shops, souvenir shops, and ice cream parlours, cafes and restaurants. The city has a large number of tourists throughout the year so this area is geared up to cater for them. That doesn’t stop the center from being beautiful though. With many old and traditional buildings and suitably styled businesses operating inside them it has an air of friendliness and charm that you don’t get in modern built tourist areas.

The cathedral is the architectural centrepiece of Canterbury - or at least the bit of Canterbury that we explored. It is gigantic and is set in some really lovely grounds. It fills the landscape around it and rightly so. The cathedral itself is of great historical and religious importance. 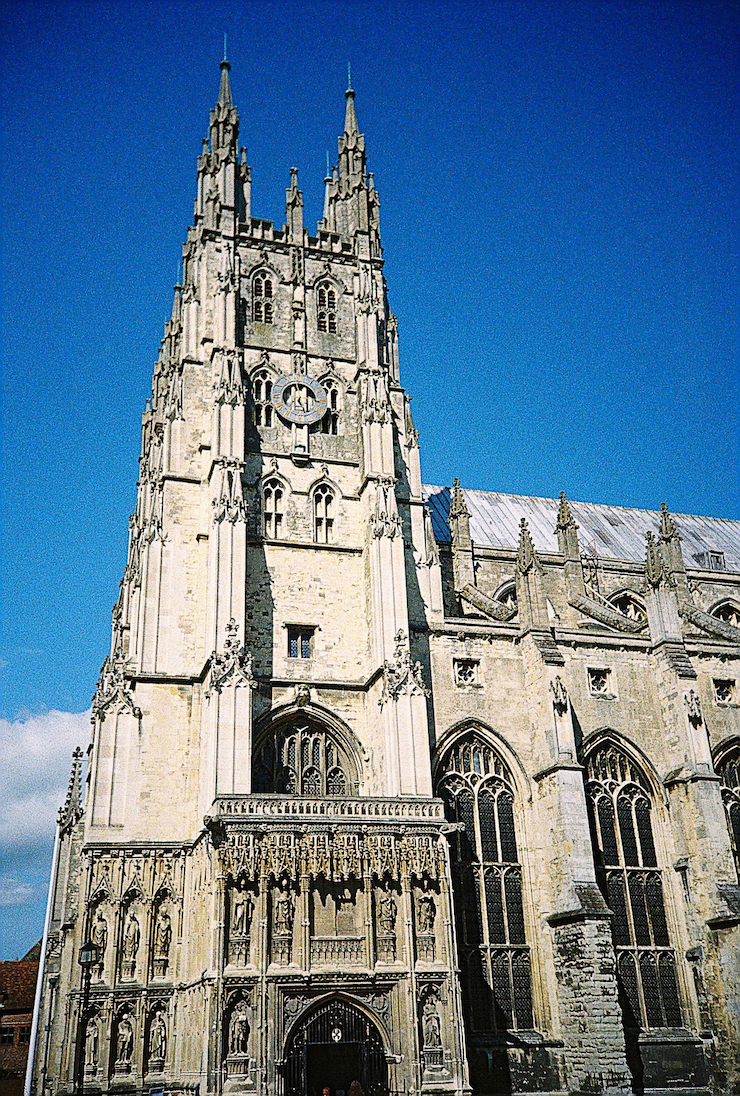 Inside you can see Norman/Roman styles, and both early and late English Gothic styles. I always find such huge archways are very awe inspiring. There’s an immense sense of the weight of the history of the building. 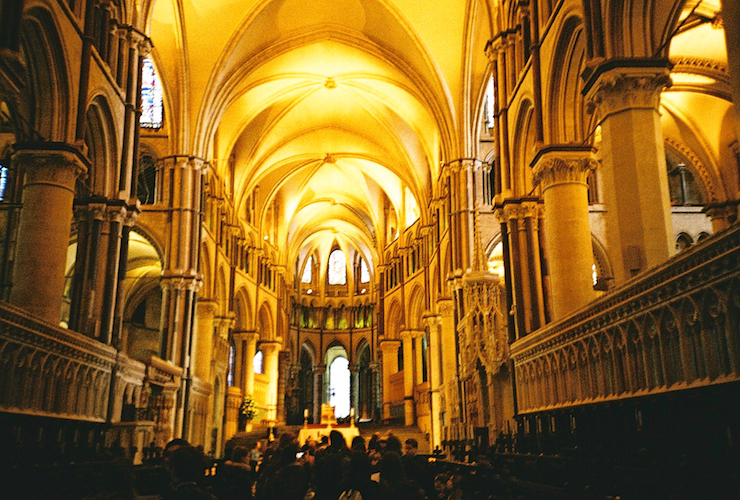 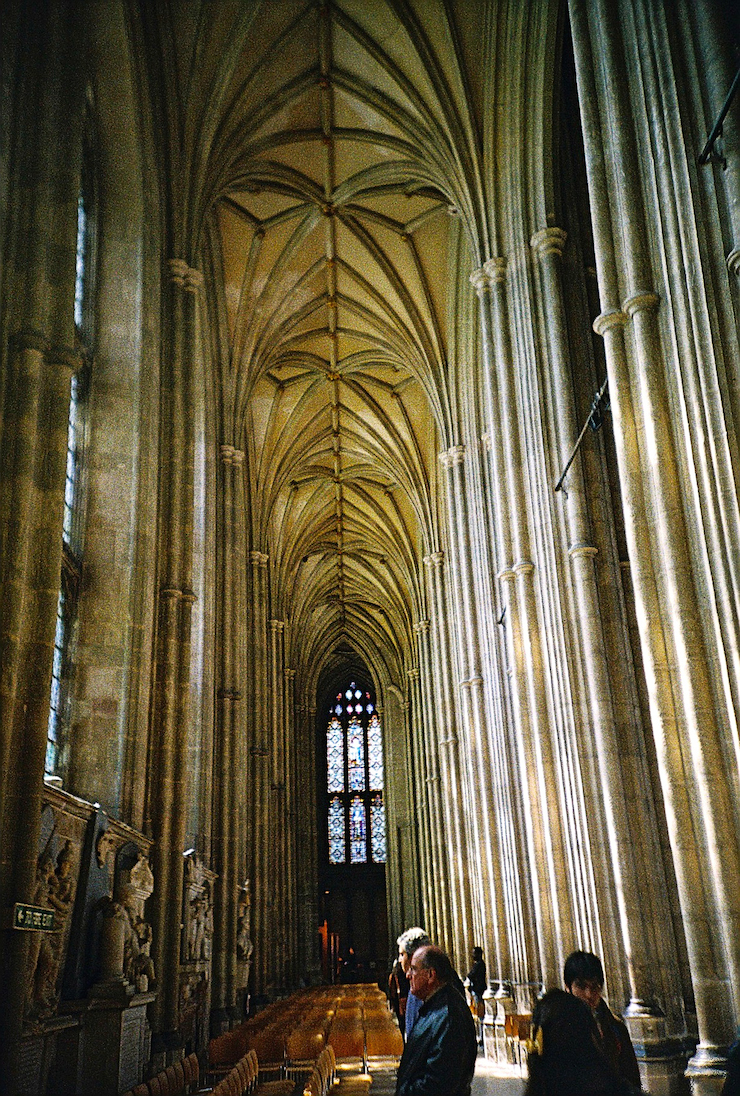 Outside there are a couple of different companies offering guided punt tours on different sections of the river. We took a ride with two other people and the punt driver. Blankets were provided, and along the course of the tour we were told about some of the history of the area, particularly relating to the buildings that we were passing. Exciting stories of pilgrims and the Spanish Inquisition. I would highly recommend this for a relaxing and fun activity if you have time. 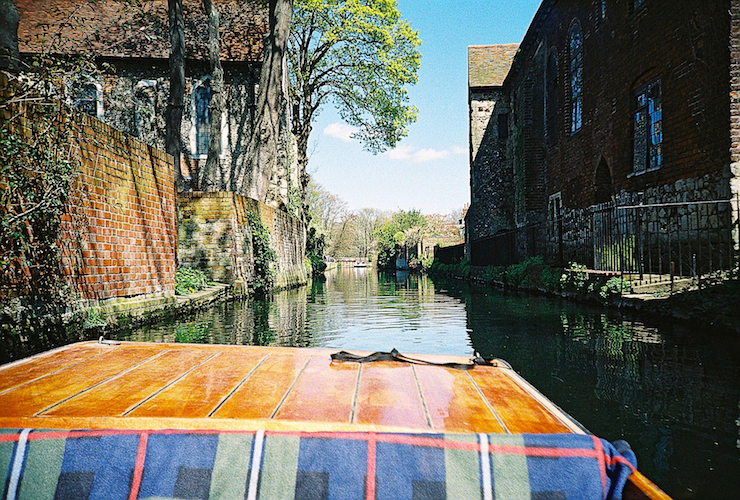 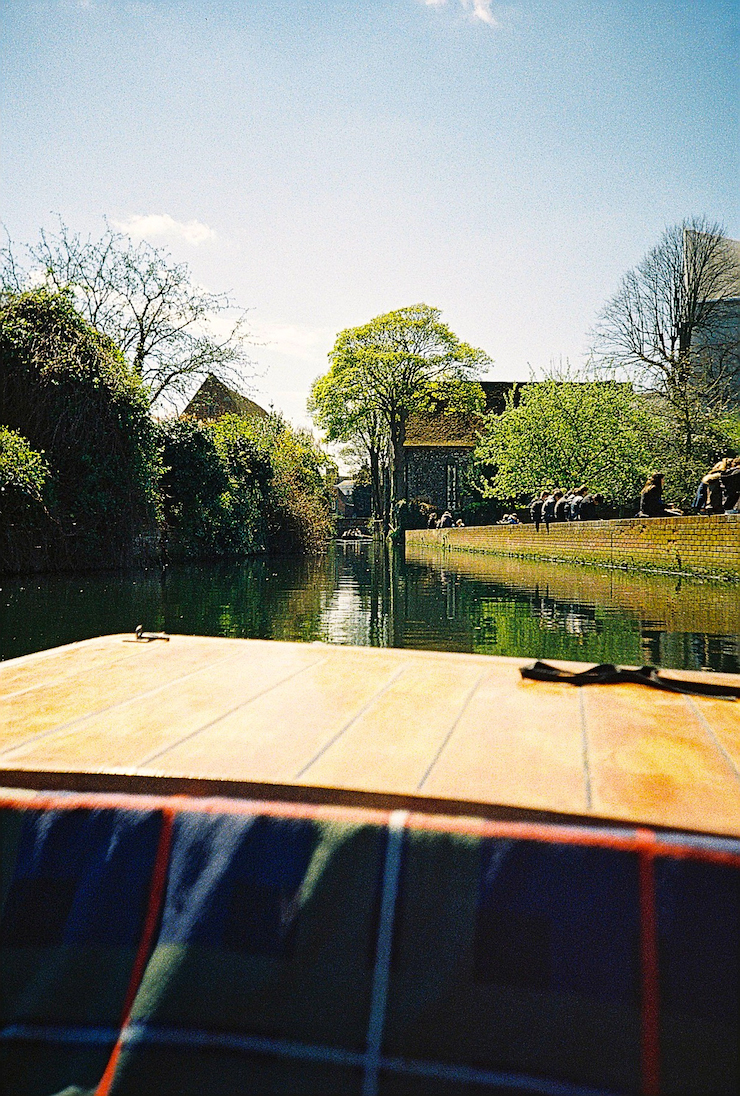 Canterbury has many waterways and paths that you can walk along, free from the skyscraper-dotted skyline of many other cities in England. 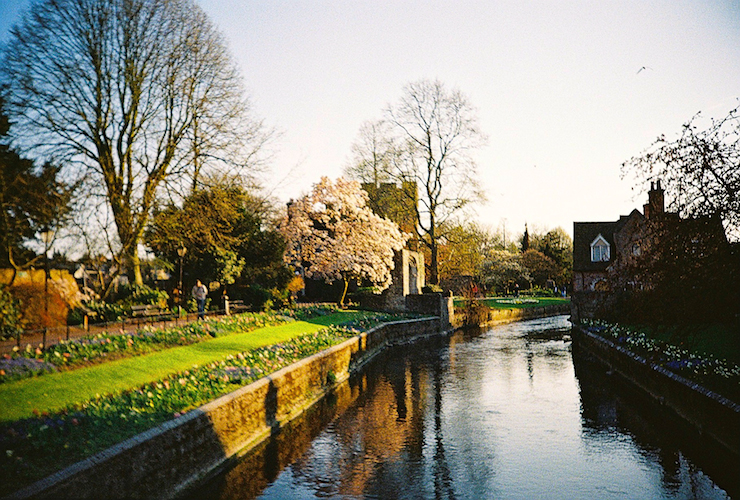 It’s also particularly pretty when the trees are blossoming. You can see the blossoms in several of the pictures in this post. 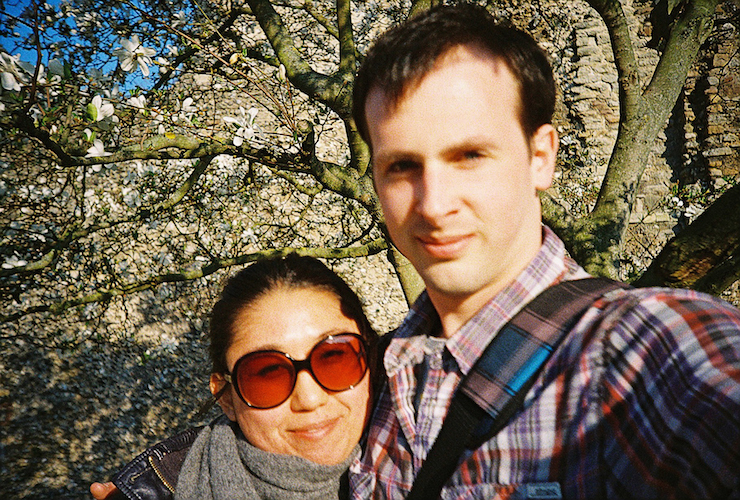 We took a day trip to Dover from Canterbury. Leaving in the morning, we had time to get the train to Dover, check out Dover Castle, then walk down to the beach to see the cliffs before getting the train back to Canterbury. The photo below shows the street leading up to the castle with a blurry castle on the hills in the background. 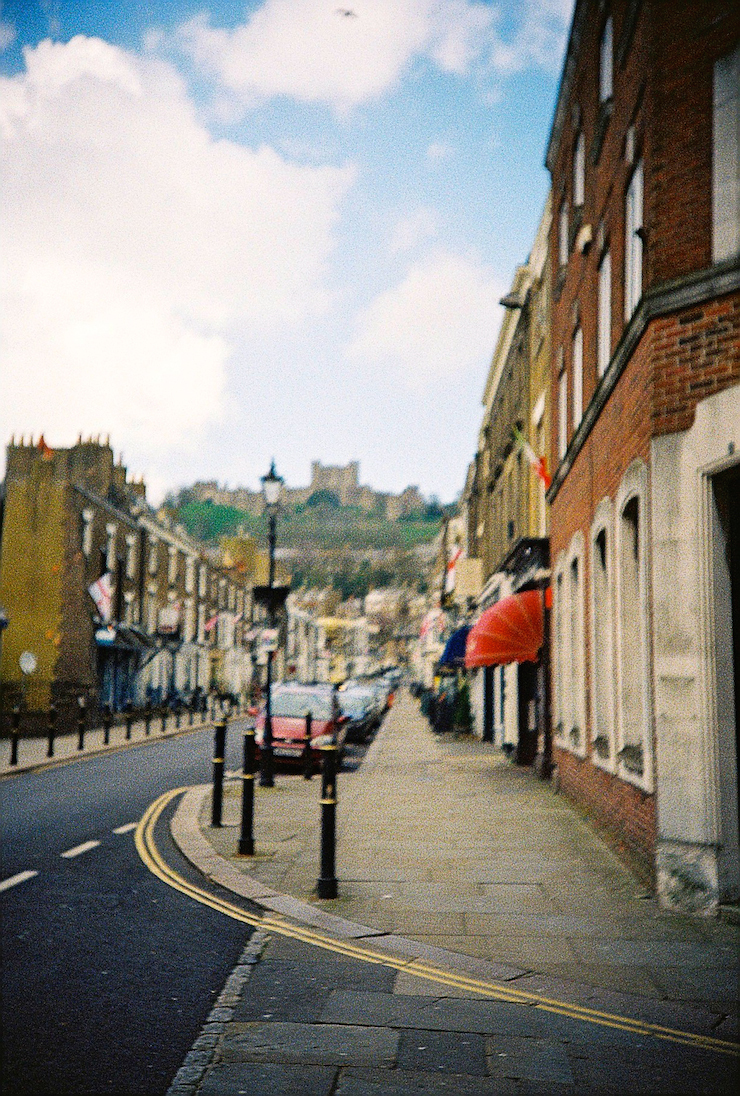 As you walk up the path to the castle you see many many of the stickers that you get when you buy your ticket. They are plastered on doors, walls, and this bin. It seems that some effort has been made to remove old ones in places, but newer ones still have quickly filled the stickerless holes. 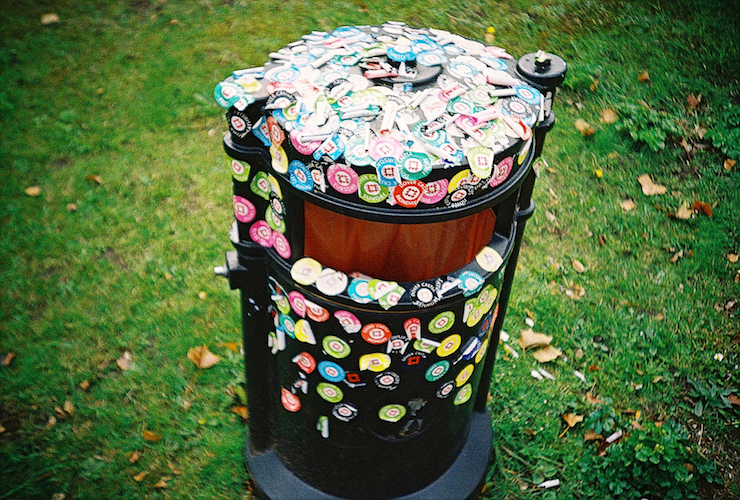 Being a seaside town, there’s quite a lot of gulls. This one was very used to people and came to try and steal some chips. 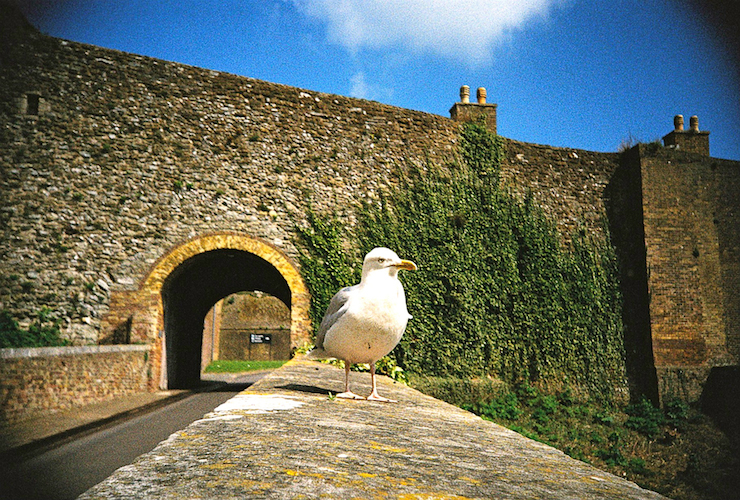 The castle grounds are well preserved and consist of several different buildings that visitors can walk around and experience. 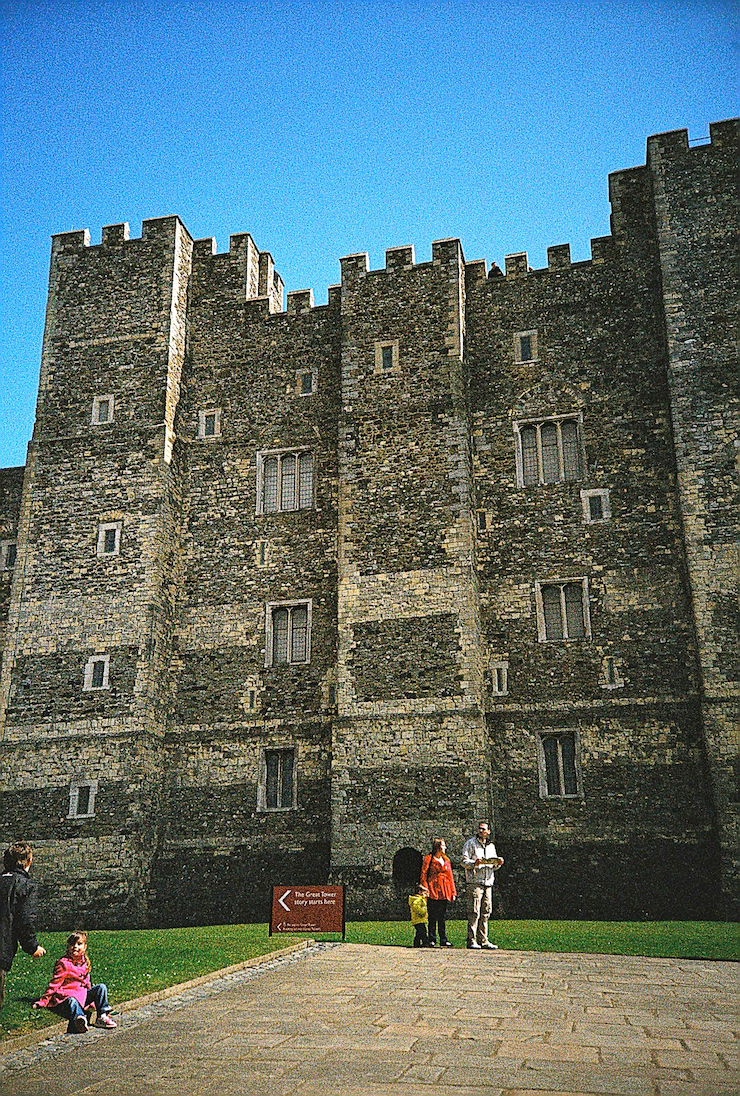 Several of the rooms are decorated as they may have been in the past. It was somewhat chilly inside but it was an enjoyable experience. You meander through the halls and staircases on a prescribed path and can go to the top if you like. 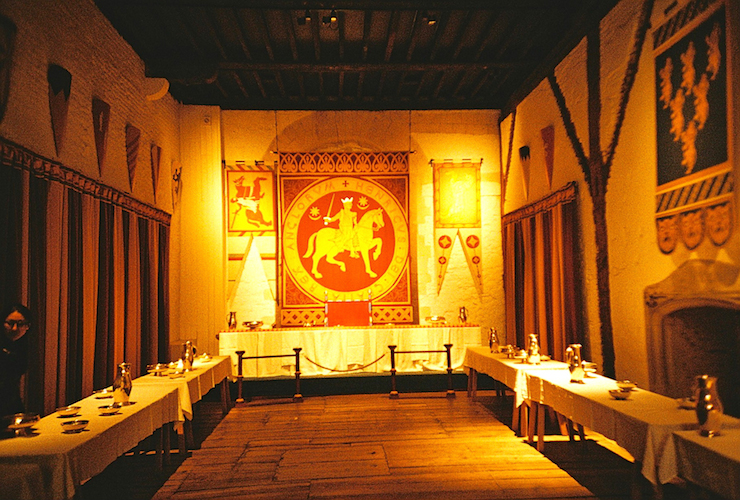 As with many such buildings, the staircases are spiral in design and are quite thin. Hand rails have been installed, but it’s always a little scary to meet somebody coming down while you’re going up. 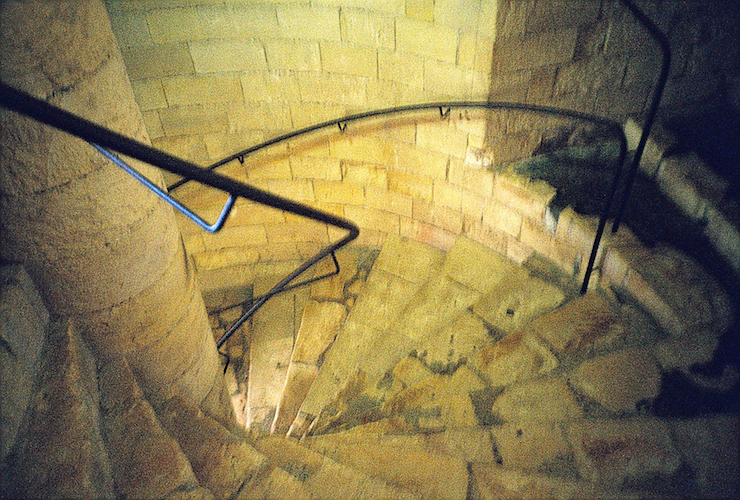 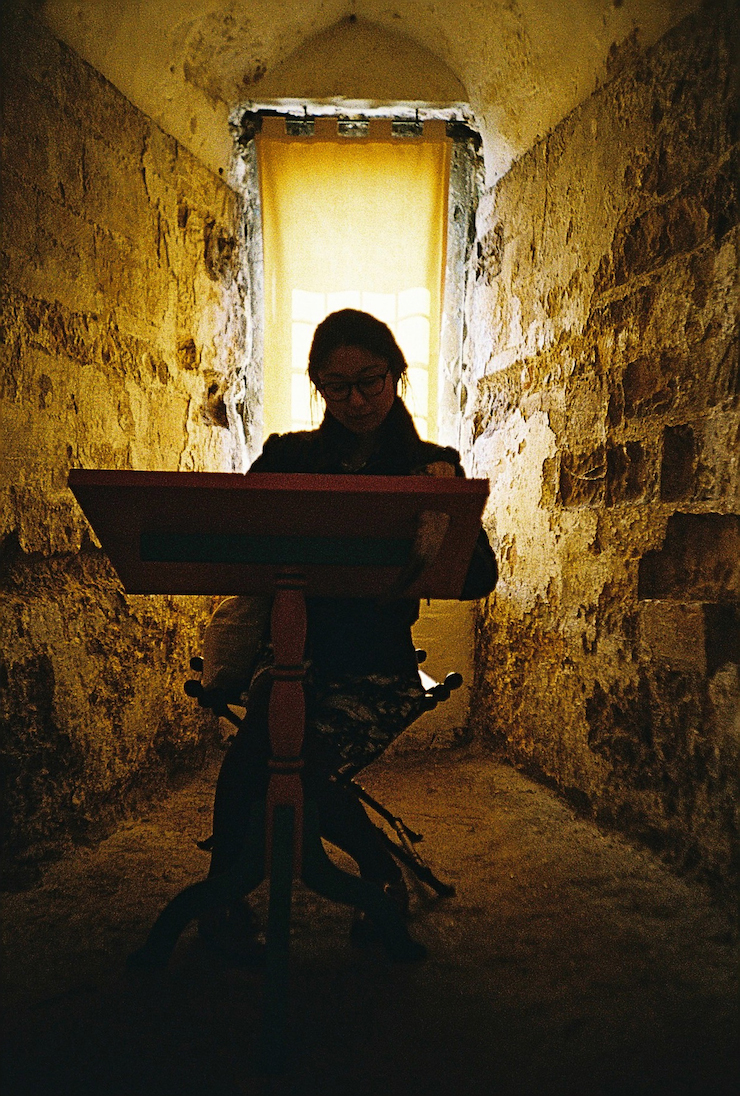 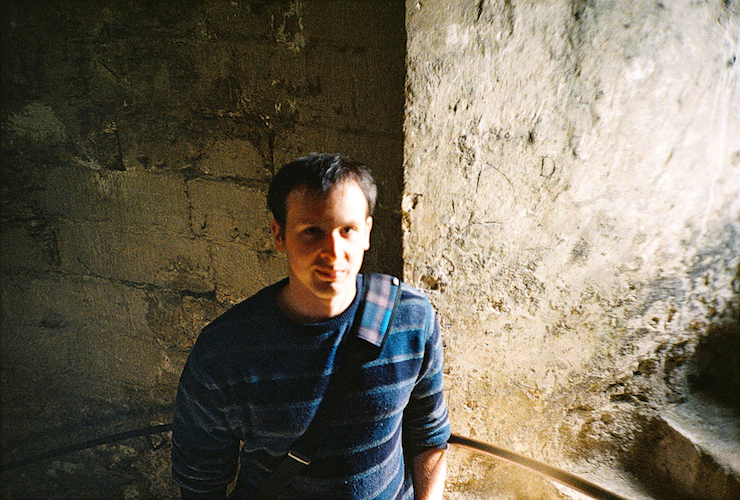 The view from the top is worth the walk up the staircase. You can see down to the Port of Dover and beyond into the ocean. 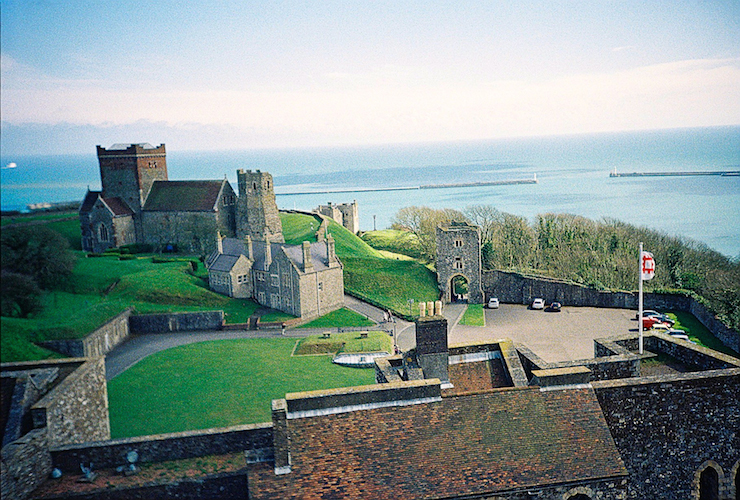 Dover Castle is the largest castle in England and had a huge defensive significance due to its position since it was built in the 12th century. It is easy to see why it’s an important English Heritage site, with conservation efforts and tourism-driving events happening regularly. 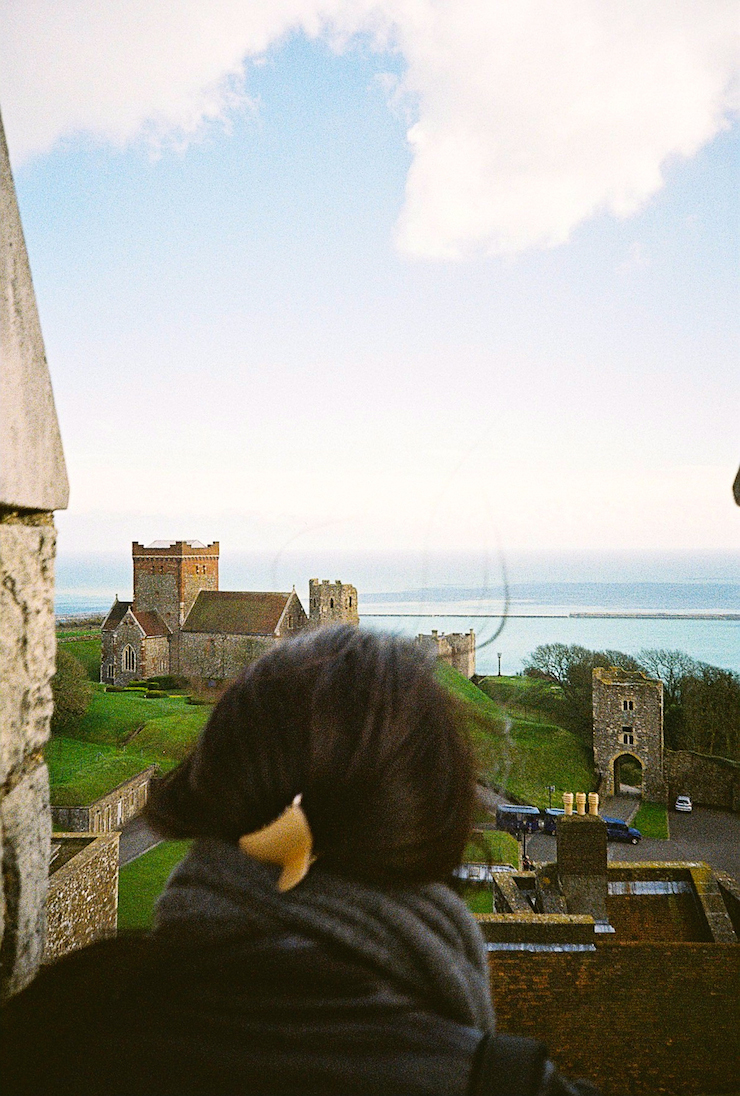 Leaving the castle down the hill it’s a not-too-far walk to the beachfront itself. There is a pier and views of the port and the white cliffs. We stayed for a coffee in a nearby cafe then made our way back to the train station. 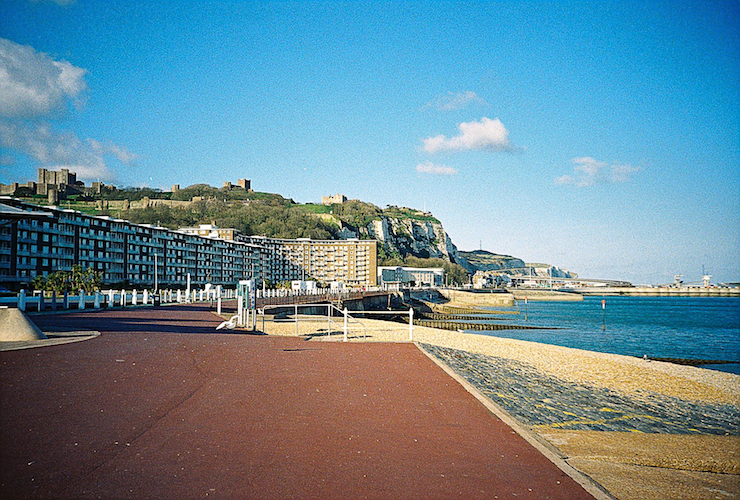 All in all it’s a nice weekend getaway from London. A bit rushed if you want to see many things - Canterbury could easily consume the weekend itself, especially if you want to do shopping - but it’s easy to get to and a big change from the city.