Multiple exposure images are a lot of fun to make and it's always exciting to see the final output. On film cameras they can be deliberate or accidental. They could be caused by careful planning, lack of thought before acting, or mechanical failure. In the case of these two produced with my Nikon FM2N I had no intention of taking photos like this at all, yet they're some of my most memorable photos from trips last year

The first photo is in Athens near Monastiraki, not far from the Acropolis. Two separate night time shots of city streets combined to make something that doesn't quite represent either: 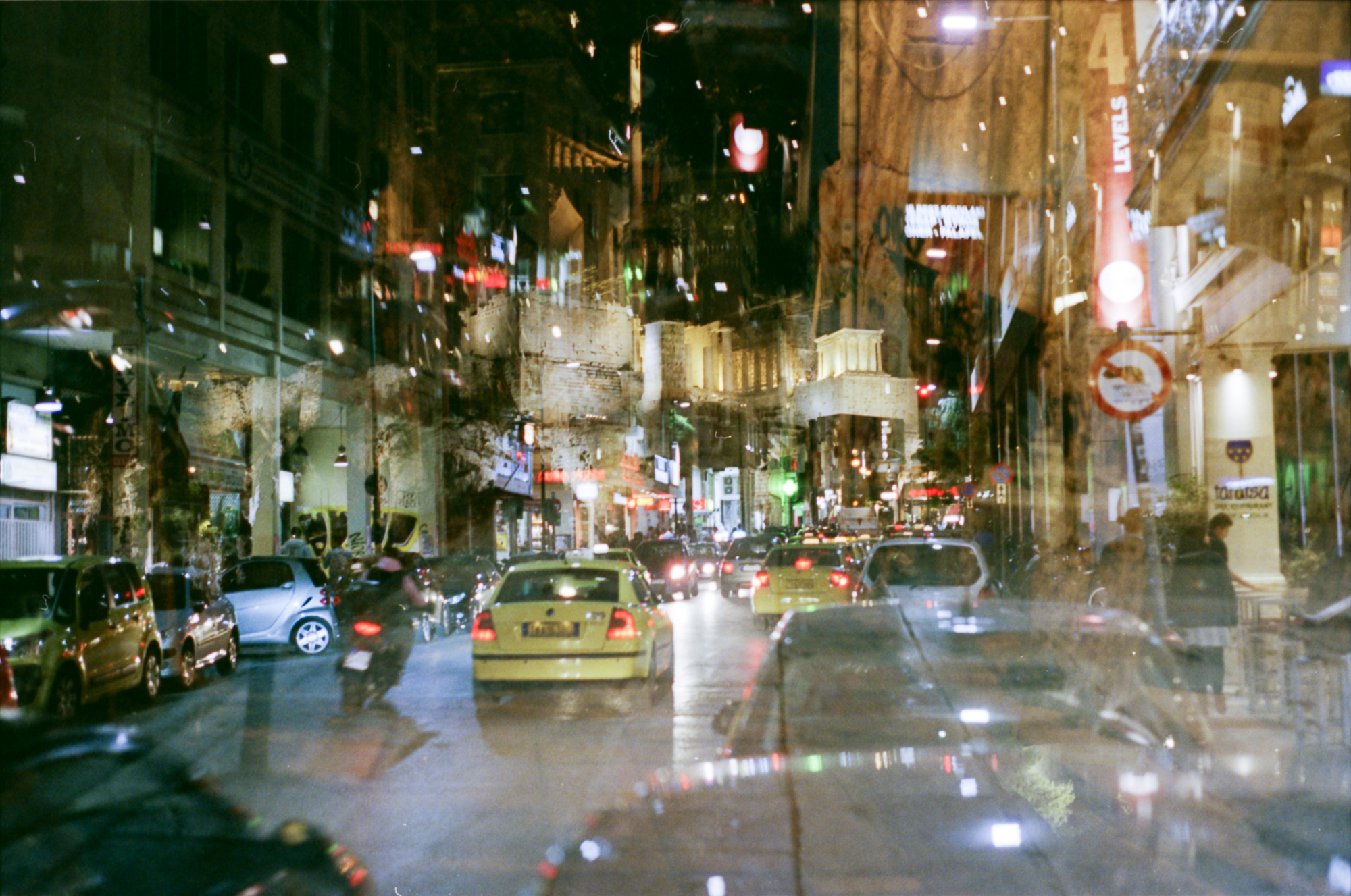 The second shot is from the Fushimi Inara Shrine near Kyoto, Japan. The shrine itself is stunningly beautiful and I was lucky enough to visit on a lovely sunny day when the cherry blossoms were blooming. I think this was caused by me accidentally tripping the multiple exposure latch on the Nikon. 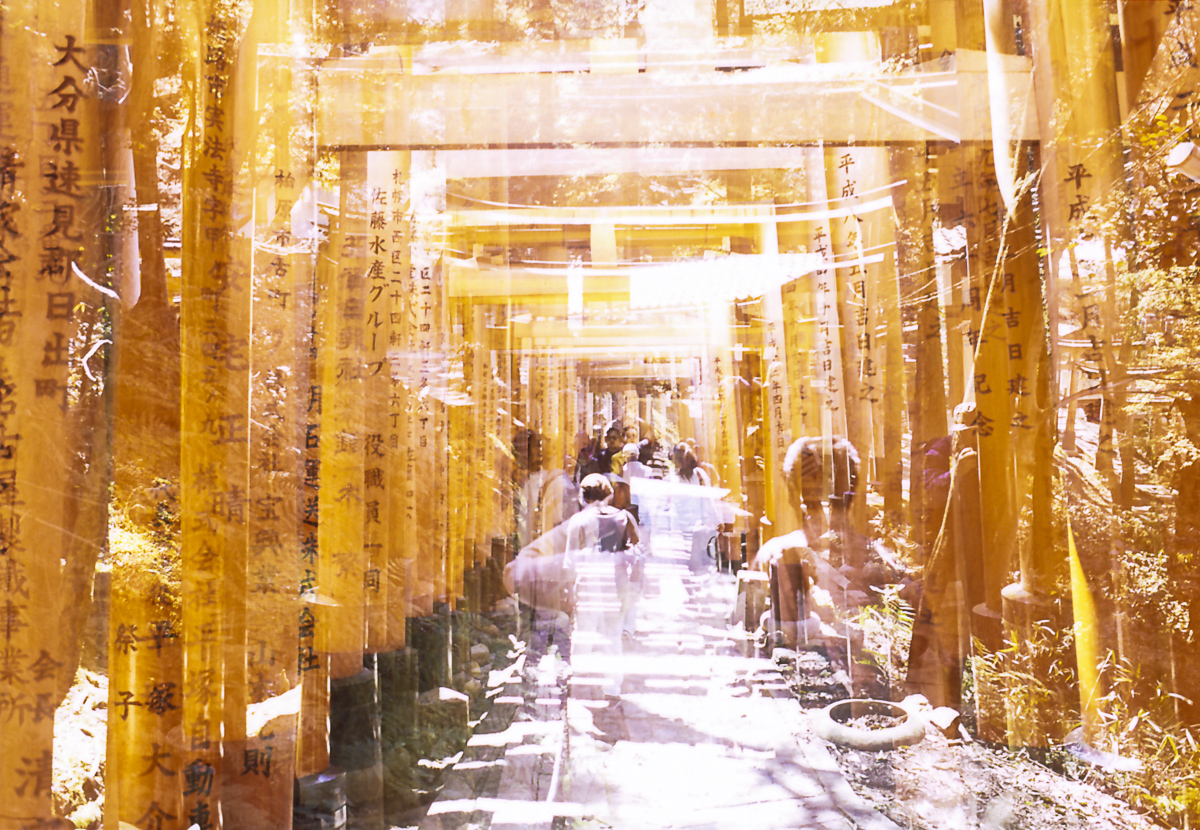 I love getting shots like this back from the lab. It's usually very difficult to tell from the negative what is going on so you must wait for the scan to see the full awesomeness of such happy accidents. Some cameras (including my FM2N) actually support multiple exposure by re-arming the shutter without advancing the film. There also are some very creative people out there making full use of this - deliberately composing and shooting scenes for a desired effect. I highly recommend having a search around on Google Images and Flickr for some more examples, and I suggest you start here.